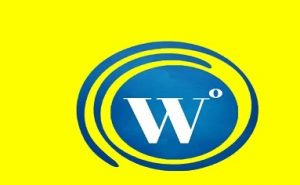 From TURKISH INVENTORS AND INNOVATORS NETWORK

In the patented system, no filter is used to disinfect the air, because the main purpose of this device is to disinfect small particles under 3 microns. That HEPA filter can not get it.
Previous research has used plasma generators indoors. At conventional cathode and anode electrodes, negative ions of other gases are also produced during the production of the plasma medium.
Due to the fact that the negative ion of hydrogen gas, despite its high antiseptic power, is very dangerous for the human lung, so this part is used indoors to sterilize medical devices.
In the present patented system, quartz glass and copper electrode in the form of a ring and an aluminum cathode with a nano-titanium coating layer are used.
In this product, the presence of nano-titanium produces only negative oxygen ions when exposed to electrical discharge with copper. And creating a high voltage in quartz, intense vibration in billions per second causes the ions to be separated and ozone gas is not formed at the output of the device.
The device has a fan of 1800 rpm. The plasma tube is located in front of the fan. Ambient air is created from the suction part of the device by passing through the plasma environment created on the copper rings and negative ions of oxygen are created and released into space. By dealing with viruses, this ion breaks the enzyme wall of the virus, destroys its protein structure, and kills the virus.
THIS INVENTION APPROVED BY CAMPDEN BRI UK LAB FOR CORONA VIRUS AND RECUCTION OF 99.99 % IN 30 MINUTES 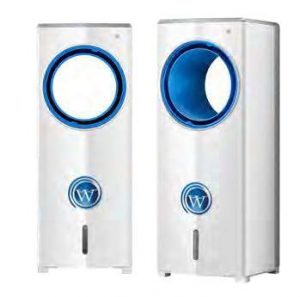