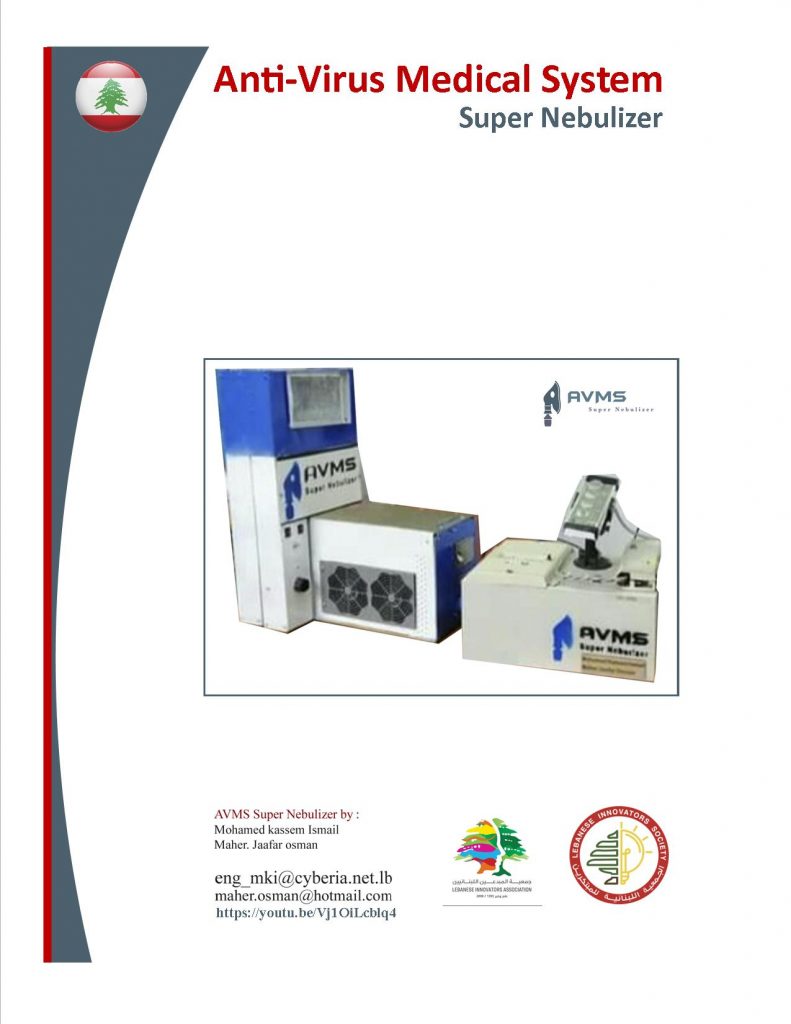 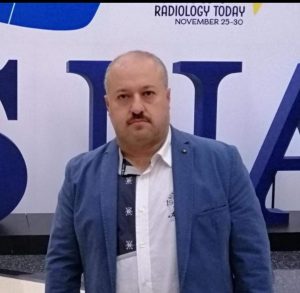 A metal model was manufactured consisting of two interconnected parts; the first section is accomplished through the electro-thermal-air technology through a combination process between the different electrical parts, insulating and metal materials, and four chambers for sterilizing the air, each working with a different function and according to the technology of the successive sterilization chambers. The first chamber consist of two consecutive filters pre-filter (dust filter) and Hepa filter “High Efficiency Particulate Air filter”, the second chamber is sterilization by ultraviolet radiation UVC with 253.7 nm wavelength with special lamp with ozone filter, the third is the hot air room chamber by varying temperatures according to the type of virus or microbe, the fourth is the cooling air chamber. After these consecutive chambers, we get a full clean and safe air.
The second part is the super nebulizer which consists of electronic and electrical circuits combined with a two air compressors, syringe injector and valves. The medicine is given in two ways, with mask container (like any existed nebulizer) or (and) syringe injector Which according to patient weight and Doctor dose recommendations the medicine is injected directly to mask with a special controlled amount of compressed air ,this section is devoted to administering medication in parallel with the amount of sterilized air, with the possibility of controlling the amount of airflow, and with the exclusivity of the possibility of giving two types of drugs at the same time (to two patients or one patient), according to the commandments The attending physician, and this would be the first medical device of its kind in the world.

AVMS Super Nebulizer it is a medical device that sterilizes the air indoors (hospitals, clinics, homes) without the use of any sterile materials, with continuous filtration technology, varying temperatures and ultraviolet rays. Also, the technology of giving the drug to patients in an innovative way prevents the hypothesis of transmission of virus infections (SARS, CORONA ..) between individuals, especially between medical staff and patients.
This device obtained a patent from the Ministry of Economy in Lebanon. 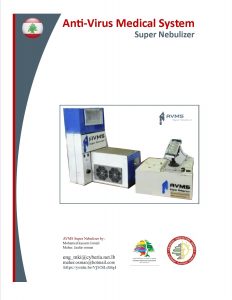 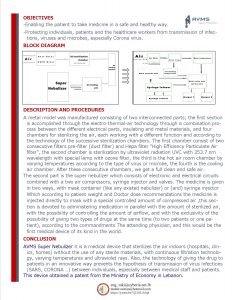